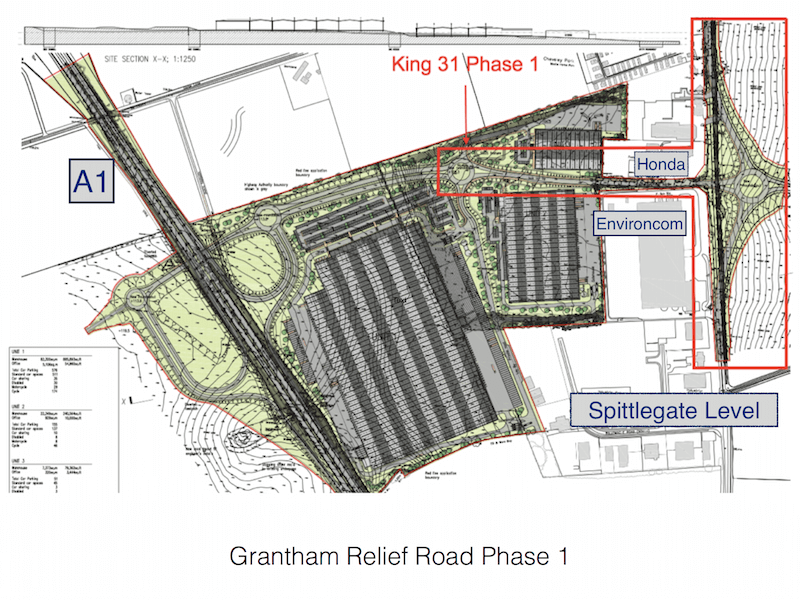 Work will start on the first section of the Grantham’s relief road on September 14.

Work will start on phase one of what is known as the King31 section on September 14 when site set up will begin including the introduction of cabins, hoardings and temporary fencing. This phase of the project will include the creation of a roundabout off the B1174 and a new section of road westwards towards the A1 along Tollemache Road, culminating with a second roundabout.

As part of the project and to allow work by BT to be carried out safely there will be temporary traffic lights on the B1174 100m north of the Tollemache Road junction from mid-October until December 2015.

Executive member for highways and transportation, Councillor Richard Davies, said: “The appointing of a contractor for the first phase of this much-needed relief road is a major step forward for Grantham. This road has been in the planning stage for several years and to be at the stage where we can bring in the diggers is fantastic.  Since the A1 bypass was constructed in the 1970s the amount of traffic travelling through Grantham has continued to increase. The southern relief road will go a long way to help reduce journey times and congestion for those travelling across Grantham – from East to West and vice versa showing our commitment to invest in Lincolnshire’s road network wherever possible.”

Following completion of phase one, a further two phases of the relief road will take place at a later date with the entire road expected to be operational by 2019.

Fitzgerald Civil Engineering has a history of constructing major road schemes including a £3.1m project to build new highway and access roads at the Silverwoods Park development in Kidderminster and a £3.2m scheme to build a road, roundabout and bridges for a new supermarket in Leek.

The southern relief road project will not only improve Grantham’s infrastructure, it will also provide an opportunity to aid the economic growth of the area and provide access to a proposed housing development and a commercial development land nearby.
The project is being led by Lincolnshire County Council and is supported by South Kesteven District Council, the Greater Lincolnshire LEP, Homes and Communities Agency (HCA) and local businesses.

For more information on the project and an FAQ, visit www.lincolnshire.gov.uk/major-highways-works 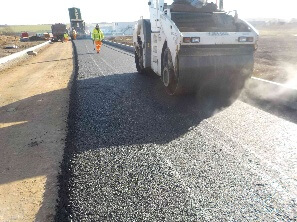 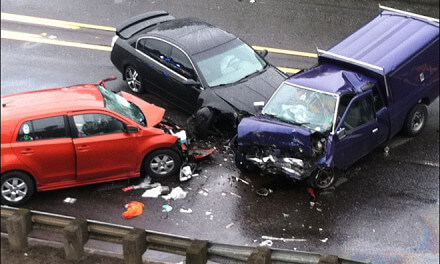