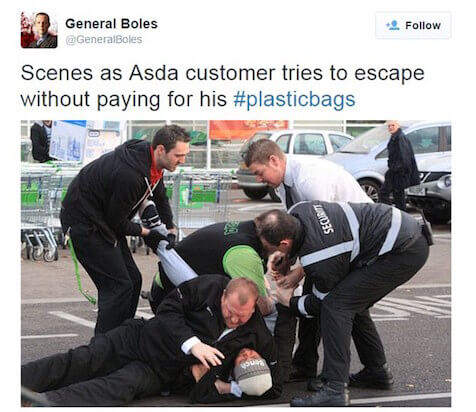 President Ronald Reagan famously summed up government’s view of the economy saying “If it moves, tax it. If it keeps moving, regulate it. And if it stops moving, subsidize it.” Sadly this remains as true today as it ever has as Monday saw the latest in a long line of regressive taxes with the introduction of the ‘carrier bag tax’. As with all such endeavours, when taken on face value, they appear to be a good idea. Plastic bags are killing the world, therefore, making everyone pay 5p for them is clearly going to discourage their use and, therefore, the world will be a better place. There are sadly a few small flaws in the argument, namely plastic bags aren’t really the culprit and this tax is unlikely to make an impact on their use anyway.

Firstly let us consider the impact of carrier bags on the environment. Back in 2007 (when carrier back use was far higher than now) Friends of the Earth carried out research that showed plastic bags accounted for only 2% of UK household’s waste. So the argument that mandatory plastic bag charges will reduce “waste generation and the associated costs of waste treatment” is weak because any fall in plastic bag use will have a minimal effect on total UK waste. The truth is supermarket carrier bags are already recycled hugely, who doesn’t have a store of them at home to be used as everything from shopping bags, wrapping, storage, bin liners, to name but a few uses. In a survey by YouGov, 84% of respondents said that they always or often re-use plastic bags. Recent research based on the experience in the Republic of Ireland shows plastic bag taxes “had no overall impact due to the increase of less resource efficient alternatives that were not subject to a tax … combined with the increase in consumption of bags to replace those uses that had once been fulfilled by the secondary uses of so-called single use plastic carrier bags”. The simple fact is where people do switch for secondary use, e.g. use conventional bin liners, the alternatives are probably worse for the environment. Let us not forget that thanks to various voluntary initiatives use has already fallen, between 2006 and 2009 the usage fell by half.

This is gesture politics at is worse, the Westminster bubble has decided that adult men and women are ill-equipped to do their weekly shopping without inadvertently destroying the world and, therefore, need to be controlled and ‘nudged’. The irony being our Parliamentarians probably have much to learn on fiscal matters from watching an average household manage its shopping budget. Yet here we go again with the state deciding we cannot be trusted and so it punishes us, the consumers, with one of the most regressive taxes in recent memory. Supermarkets don’t care as all have to employ the same rules – it will just be Fred Bloggs subject to unwanted cost, £1.5b to consumers over next 10 years, when he forgets to have a supply of woven hemp to hand 24 hours a day. The principle of modifying people’s behaviour through taxation is a worry (before anyone claims all the money goes to charity please don’t forget VAT on the ‘bags for life’ and similar which is expected to net over £100m to treasury in additional revenue). Taxation is there to raise revenue for the state to spend in accordance with its key duties to protect the people, not to modify the way we live our lives. Sadly this is not a new trend as many things the state has decided are ‘bad’ for us are having their prices artificially raised. Tax on cigarettes accounts for between 77% and 88% of the cost, depending on brand; any litre bottle of 40% spirit has £11 added on to its price, with more if the percentage is higher; and 60p in every litre of petrol or diesel sold goes not to Big Oil, but to Big Government.

To many this may seem like an irrelevance but it’s a far too typical trend towards social manipulation and control. Let us be honest: be it smoking in cars, taxing sugary drinks or charging for carrier bags we are seeing a rising tide of administrative and legislative control which attempts to undermine what makes us free thinking adults. Do we really think politicians know best how to run our and our families lives? 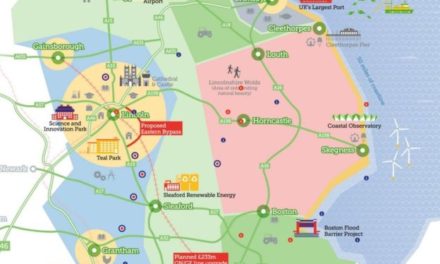 Recommendation for continued funding for gritting, buses and children’s centres